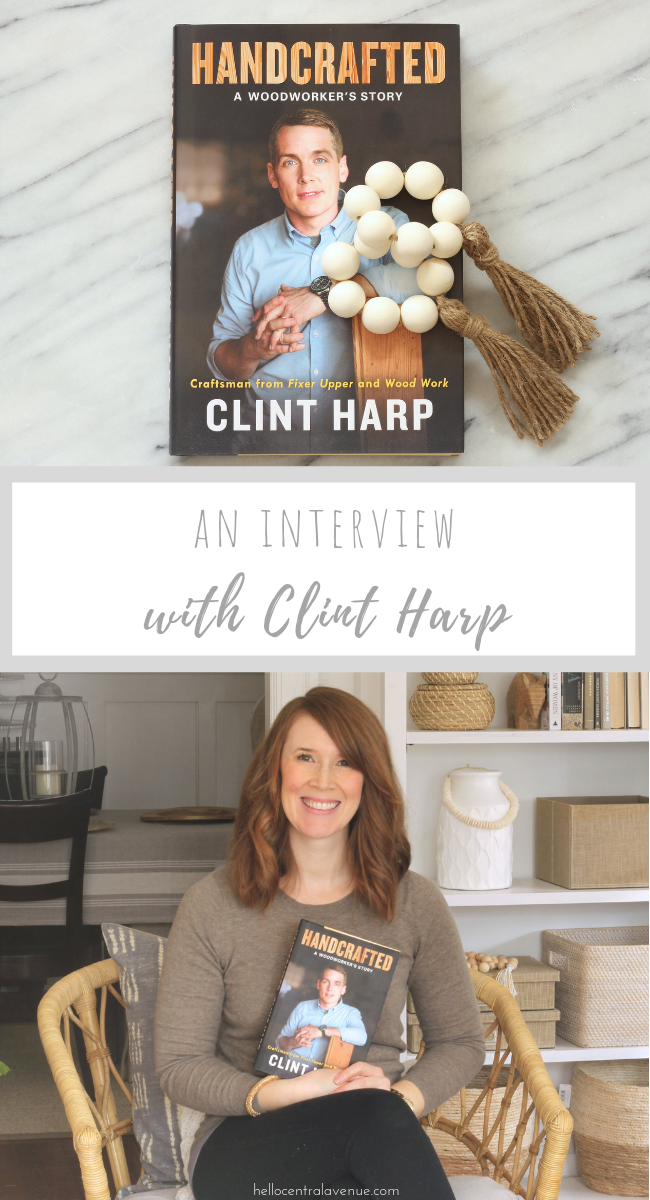 An Interview with Clint Harp

Two weekends ago while participating in The Philly Home Show, my friend Michele from the blog Sweet Threads Co. and I had the most amazing opportunity to partake in a private meet and greet with Clint Harp of Harp Design Co! Clint was the carpenter for Chip and Joanna Gaines on the hit TV show “Fixer Upper” and now has his own TV show called “Wood Work” on the DIY Network and has written his own book called “Handcrafted: A Woodworker’s Story.” It was such a unique experience and unlike a typical interview! You can read more about my experience at The Philly Home Show HERE and the DIY wooden bead and tassel napkin rings HERE!

Clint met us in the lobby of the Philadelphia Convention Center and invited the two of us to lunch! We strolled over to Reading Terminal Market, which is an enclosed public market, and sat down at a counter to enjoy some lunch. There we were able to chat freely about his life and career.

Periodically people would recognize him and ask him to take a picture with them. He is so kind and genuine, and always said yes. You can tell by talking to him and the way that he interacts with others, that he is such a supportive and encouraging person. After interviewing him, I felt very inspired on my own quest to follow my dreams! He truly loves what he does, and it is extremely clear by the smile he wears on his face!

So much was talked about in our interview with Clint, that it would be impossible to write it all down! I decided to pull out some specific pieces that I think you all will enjoy!

How It All Began

Clint, Chip, and Joanna almost were never a household name! After quitting his job to pursue his dreams of creating a successful furniture building business, Clint and his wife moved to Waco, TX with his two kids. His wife attended Baylor on a full ride to get her masters degree, while Clint began his new career. At a dinner party, after discussing Clint’s new business venture, one of his friends told him to reach out to someone by the name of Chip, a builder in the Waco, TX area when he was ready to find a shop. Clint called Chip, but never heard back from him. After about four months of living in Waco, Clint says he had his day of reckoning. They had run out of money, and he knew he would need to find a stable job to support his family.

He called his wife and told her that he was going to throw in the towel. She suggested that they spend some time at the park as a family. He remembers saying, “Ok. That sounds like a crazy idea! I don’t know why we would go to the park!”

After the park, the gas light came on, so they headed to the gas station to fill up their car. At that moment, a black truck pulled up with a bumper sticker that said, “Magnolia Homes.” He realized that the guy driving the car was Chip, the guy who he had called about four months earlier! He decided to go up to him and introduce himself. He and Chip drove around in Chip’s car for three hours and the rest is history! 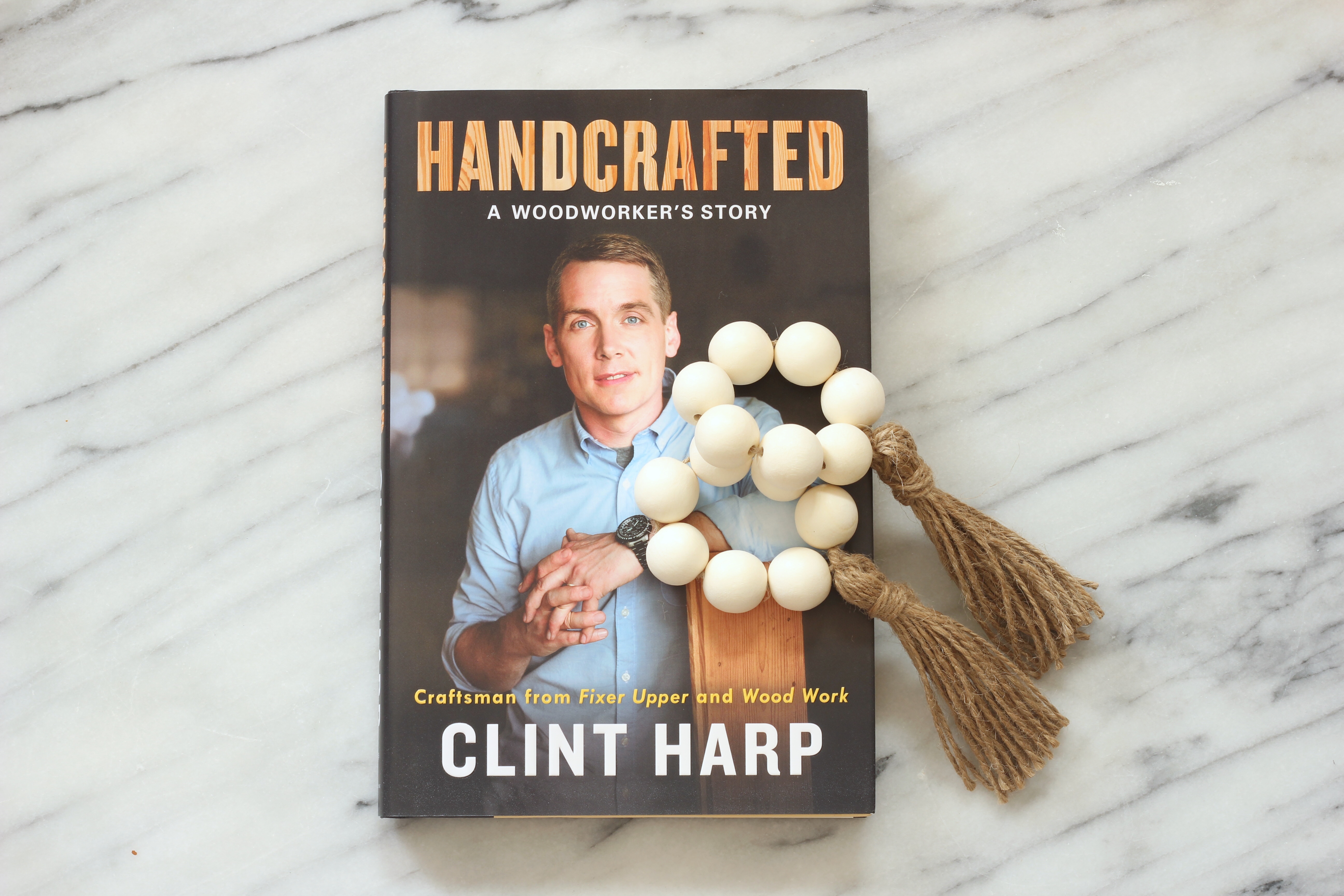 Clint started working with Chip and Jo, as he calls her, a few months prior to starting the show. He and Joanna had developed a unique designer/builder relationship before the show began, so that when the cameras started rolling, Joanna never had to spell out exactly what she wanted Clint to build! She could draw two lines on a piece of paper, and Clint new exactly what she envisioned. In fact, one of the rare times that he worked with someone else while building a table for a client on the show, he knew immediately that Joanna was not going to like it. Clint recalls when one of Joanna’s assistant designers was explaining how the piece of furniture should be built:

“…’Ok, Joanna wants it to be blue, but like distressed and kind of antiqued and everything,’…and she started talking about chalk paint…”

Once he heard “chalk paint,” Clint felt like he knew Joanna well enough to know that she never used chalk paint! He went ahead and built and painted the table according to the assistant’s directions. As soon as he delivered the table to Joanna on camera he knew right then that she did not like it. To this day he wishes that he would have walked in, seen her face, and said, “You hate it,” because he knew immediately. He feels like it would have made for even better TV, because it demonstrated the repor that they had created from working together.

His Relationship with Chip and Joanna

Back when Clint wasn’t traveling and Chip and Joanna weren’t developing all that they’re developing, there was more hang-time for the Harps and the Gaineses. However, it’s evident by the way that Clint talks about Chip and Jo, they have an unspoken relationship that few designers and builders will ever get to experience. Between their chance meeting and skyrocketing success, some people, including Clint, might say that it was always meant to be.

“…we talk and we see each other at events. You know, when we were filming, that’s when we would really see each other, ’cause you’d be on set for a lot longer and you’d get in little conversations and get to catch up. Chip texted me the other day just to check in and see how I was doing.”

Having His Own Design Company and TV Show

They are in the process of expanding their business and shop that now employs thirty people. Clint continues to have a hand in everything that is created, but he does not have a place where he can go and just make something that he wants to make. The shop is busy creating large and small goods. He says that his new book title could have been “It’s not about the furniture” instead of “Handcrafted.” It’s not that he doesn’t love building furniture, it’s that he enjoys building something.

“What I love is building something. I love this idea of taking something from nothing and turning it into something great!”

Right now, Clint is focusing on the next steps. He is always thinking about what the vision is for his company and how it can grow. He really enjoys being hands on and teaching his employees new skills. His role is so much different than it was in the beginning. It was just him and he was under a pile of sawdust at all times. Sometimes he misses being under that pile of sawdust, but as a visionary for his business, he knows that he needs to take care of the business side of things as well.

Harp Design Co. is not just furniture anymore! They have so many adorable small works as well! In fact, Valentine’s Day is right around the corner and they have the most adorable valentines that are 40% off along with their winter sale!

As for Clint’s TV show, “Wood Work,” it’s in a stay tuned situation on whether or not it will come back for second season due to some network changes. He has always been comfortable in front of the camera and on stage. For as long as he can remember, he has liked entertaining people, whether it was through music or theater. He thought that was what he would be doing with his life. That being said, the moment the red light came on the camera to record the pilot, he said that it was a very matter of fact moment. He was sure the director would want another take with more life from him! 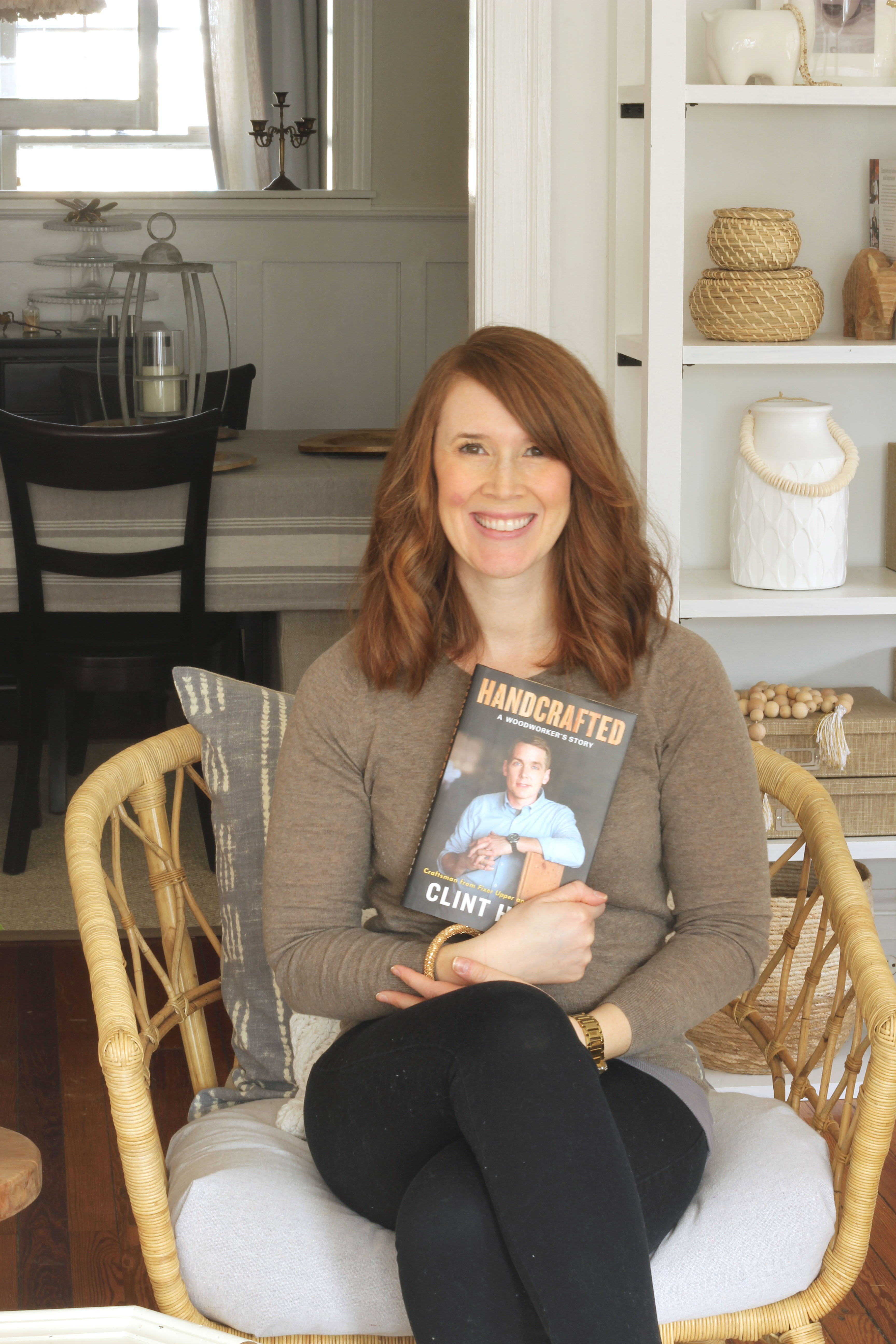 If you decide to place an order with Harp Design Co., we have a discount code for you to use! Get 20% off with code VIP20!

And if you are interested in purchasing Clint’s book “Handcrafted,” you can find it below on Amazon! 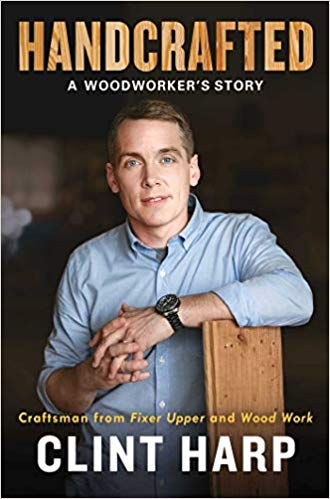 Make sure you jump on over to Michele’s blog, Sweet Threads Co., to read more questions and answers from our Clint Harp Interview!